Jessica who arrived earlier that day at the café, claimed that she had been ordering and paying the bills beforehand for two of her friends Mirna and Hanny as she claimed that she has been meaning to treat them. Mirna drank her coffee only to find her mouth foaming and the rest of her body stiffed-out before she finally bit the dust. As police investigation is underway, the lab report yielded by forensic immediately suggested that the coffee has been poisoned.

After days of intensive probing over the case, the results apparently led to the official arrest of Jessica Kumala Wongso this morning, January 30, 2016 at Neo hotel room 822 where she had been staying last night prior to her capture.

“We are forbidding Jessica Kumala Wongso from any attempt of fleeing the country,” Immigration spokesman Heru Santoso in his concise statement to Liputan6.com, Jakarta on Friday 29 January 2016.

“The letter is actively implemented for the next six months to come until June 26 2016,” Heru further explained.

Jessica admitted that she had trouble sleeping and decided to spend her nights in Neo hotel Mangga Dua, North Jakarta where she claimed to have been staying with both of her parents. One of the many reasons which urged her to stay there was the fact that she tried to avoid being badgered by journalists and paparazzi which have been following her since day one.

At 7.45 am of Saturday 30 January 2016, Jessica is reportedly arrested and taken to Jakarta police headquarter.

Jessica’s attorney Andi Joesoef confirmed the fact that his client has been staying at a hotel for a couple of days with her parents. Andi has previously advised for Jessica to stay in her home instead of raising further suspicion as to likeliness of attempting to run away from law enforcers by sleeping in a hotel.

“She was still considered as prime witness and the fact that she was not at home made it highly suspicious and many would have thought that she has been trying to run away by blurring her track,” Andi reported to Liputan6.com, Saturday (30/1/2016). 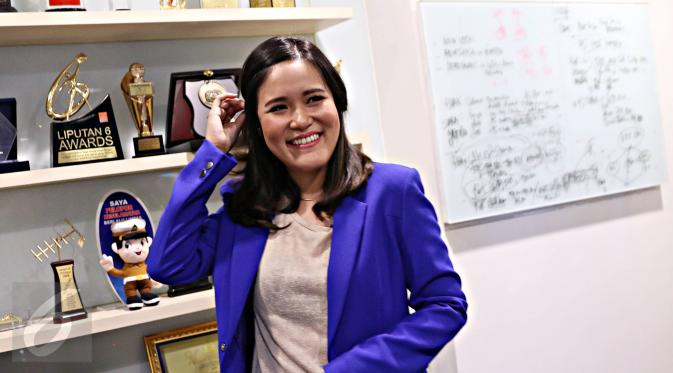 Fresh face after a sleepless night

Jessica who previously claimed that she had trouble sleeping appeared to be a fresh one as she embarked on the parking lot of Jakarta police headquarter this morning. She as seen wearing blue top and long jet black pant. She lets her hair untied.

Jakarta Police general crime division head senior Comr. Krishna Murti informs that his department has declared confirmation regarding Jessica’s status which has transformed from merely prime witness to suspect on the night of January 29 2016. Police initially found trouble finding her in her home as the house was seen with no lights on that night. They then finally located her inside a hotel in Northern Jakarta the following day and conducted an official arrest.

Smiling seems to be one of the things Jessica is really good at. Her unusually calm gesture in responding to claims, allegations and a surge of questions given by journalists inevitably raised suspicion in the very first place.

“I am normally a calm person, I always try to be the one. I don’t want to show my emotion in front of the camera, I don’t want to be seen crying or else,” Jessica shared to Liputan6 SCTV and Fokus Indosiar on Thursday 28 January 2016.

She claimed to have been confused as to how to deal with the situation and had no other option but not to cry. She claimed that she wanted to burry the bad memory of January 6 2016 as a whole.

“Remain calm and just face it. They don’t know internally what is going on, why and how. I don’t want to look so devastated nor too extreme in front of the camera,” Jessica explained.

As for that matter, Jessica refused for her worth to be judged just because of the case and allegations placed upon her.

Jakarta police had previously requested for Australian Federal Police (AFP) involvement in the probe over cyanide-laced coffee incident which led to the death of 27-year-old Wayan Mirna Salihin on January 6 2016. Local police specifically urged AFP to trace more information one of the key witnesses to Mirna’s death, Jessica Kumala Wongso which reportedly spent some time in Australia as she studied in Billy Blues College, Sydney, NSW.

Both Mirna and Jessica have lived and studied in Australia. They both got acquainted to each other through the college in which the two attended previously.

“One of the key suspects has lived and worked in Australia. That is why we sought to investigate more on her track record there,” Jakarta police spokesperson Mohammad Iqbal said on Wednesday 27 January 2016.

While Jessica’s background is being thoroughly checked by the AFP, local police will continue to probe on the existing testimonies and evidence yielded by the suspect to the investigating officers. The latter would be to find out whether the background check done and earlier findings match one another or not.

Police also went to confirm that Jessica has worked for a chemical company back in Australia. She has been interrogated for five times by 3 forensic psychiatrists provided by the police department.

27-year-old Wayan Mirna Salihin was a newlywed before meeting her death at Olivier Café in Grand Indonesia Mall Jakarta on January 6. Her ice coffee was reportedly laced with cyanide and local police is yet to name the suspect. The victims and two suspects, Jessica Kumala Wongso and Hani are all former students of Australian universities and therefore the AFP was asked to help local authorities probe over the victim and suspects relationship.

Strong allegation has been placed upon Jessica as she was the one ordering Mirna’s ice coffee and she went to deny any involvement in her death. Jakarta Police general crime division head senior Comr. Khrisna Murti confirmed that he has maintained communication with the AFP regarding the case.